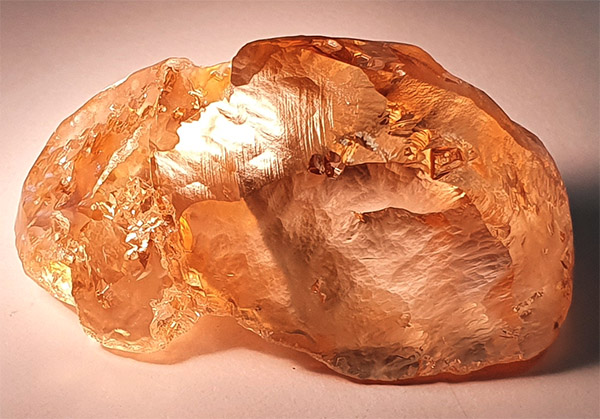 Russian mining giant Alrosa recently unearthed a massive 236-carat fancy intense yellow-brown diamond at its Ebelyakh mine in Yakutia. It's the largest natural color rough diamond ever found in Russia.

The beautiful specimen, which seems to display a surreal inner glow, measures 47mm x 24mm x 22mm (slightly wider than a golf ball). Its "fancy intense" color is one grade below the highest classification of "fancy vivid."

The stone is currently being evaluated by specialists at Alrosa’s United Selling Organization.

"After that, we will decide whether to give it to our manufacturers for cutting or sell it as a rough," said Pavel Vinikhin, the head of diamonds for Alrosa's cutting and polishing division. "Of course, cutters in any country will be interested in such a [specimen], as it has the potential to [yield] several high-quality polished diamonds.”

The Ebelyakh alluvial diamond deposit is located on the Anabar River, which runs through the Central Siberian Plateau. The remote area is 3,800 km northeast of Moscow, near the Arctic Ocean.

The mine was previously in the news for yielding a number of high-profile fancy color diamonds. In the summer of 2017, Alrosa mined three unique fancy color diamonds within a single month: a yellow, pink and purple-pink. All three stones were cut by the Diamonds of Alrosa division and presented as polished diamonds to the public.

At the end of 2019, a polished 20.69-carat fancy vivid yellow diamond called Firebird was sold by Alrosa to luxury jeweler Graff Diamonds.

Already the world’s leading diamond producer in terms of sheer output, Alrosa is looking to become a bigger player in a segment of the industry that had been dominated by Rio Tinto and Anglo American’s De Beers — gem-quality colored diamonds.

Alrosa’s push is coming at a time when Rio Tinto’s Argyle Mine in Western Australia — the world’s primary source for pink, red and blue diamonds — is just about tapped out. The mine is scheduled to close at the end of 2020. 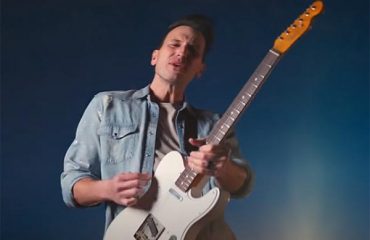 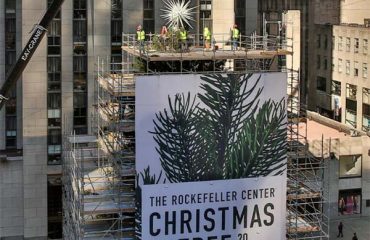 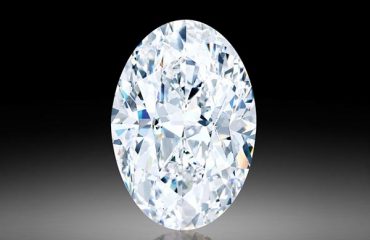