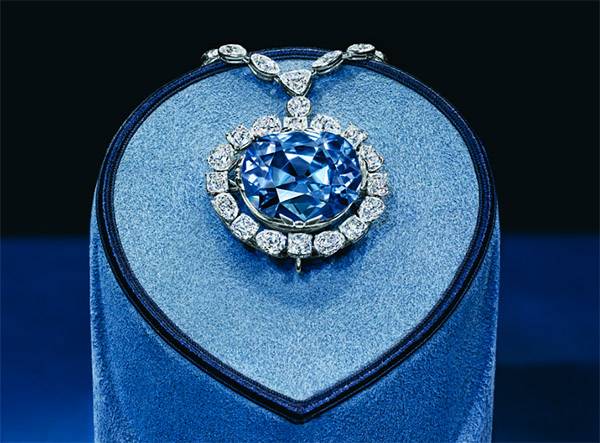 More than 200 million visitors to the National Museum of Natural History in Washington, DC, have marveled at the beauty and majesty of the Hope Diamond since jeweler Harry Winston donated it to the Smithsonian Institution in 1958. In yesterday's column, we recounted how and why Winston decided to use the US Postal Service to ship the 45.52-carat gem from New York to DC. 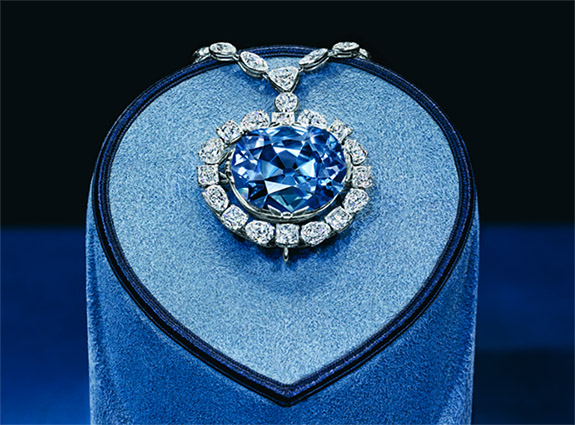 The weathered brown paper mailing wrapper — showing $2.44 in postage, but also $142.85 for $1 million worth of insurance — is a popular exhibit at the Smithsonian’s National Postal Museum. But, 1.3 miles away on the National Mall, the Hope Diamond is the prize of National Gem Collection.

When the Smithsonian's gem gallery was renovated in 1997, the Hope Diamond necklace was moved onto a rotating pedestal inside a case made of 3-inch-thick bulletproof glass. The display sits in the center of an expansive rotunda, adjacent to the main entry of the Janet Annenberg Hooker Hall of Geology, Gems, and Minerals. The 7,500-plus gemstones in the collection range in size from less than a half-carat to 23,000 carats.

Here’s how to navigate to the Hope Diamond.

The resulting page will be a gallery called “Geology, Gems & Minerals: Precious Gems 1.” 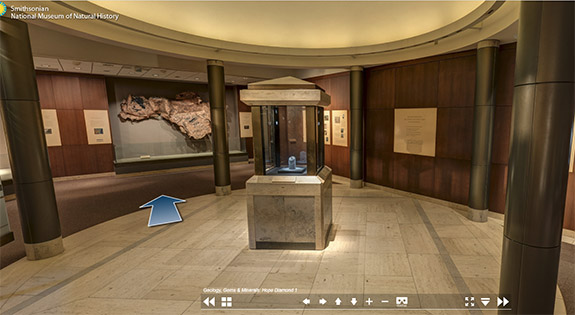 When you arrive, you will see a single, glass-encased exhibit at the center of a rotunda. 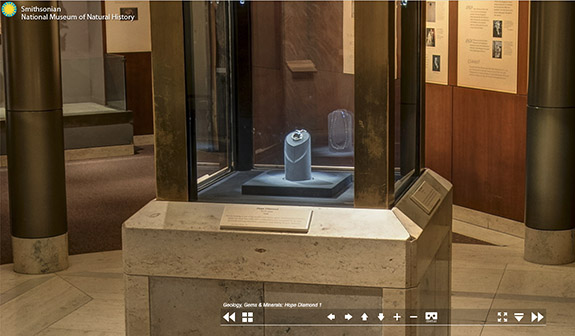 (You may touch the “X” to remove the map. This will give you a better view of the exhibit. You may restore the map by clicking the “Second” floor navigation on the top-right of the screen.)

Researchers believe the Hope Diamond’s origin can be traced back to 1642, with the discovery in India of a beautiful blue rough diamond. It was crudely finished and weighed 115 carats when it was purchased in 1666 by French merchant Jean Baptiste Tavernier, at which time it became known as the Tavernier Diamond.

French King Louis XIV bought the Tavernier Diamond in February 1669 and ordered it to be recut. The result was a 69-carat heart-shaped stone that would be known as the French Blue.

In 1792, the French Blue was stolen from the royal treasury in Paris. Its whereabouts remained unknown until a large blue diamond appeared in 1839 in the collection of Henry Philip Hope, a London banker and gem collector. Gem historians believe the French Blue had been. once again, recut. The 45.52-carat gem became known as the Hope Diamond.

After going through numerous owners, it was sold by French jeweler Pierre Cartier to Washington socialite Evalyn Walsh McLean in 1911. In 1949, McLean's heirs sold the stone to Winston, who exhibited it throughout the US for a number of years. In 1958, he decided to donate it to the Smithsonian.

According to the Smithsonian, Winston envisioned the institution assembling a gem collection to rival the royal treasuries of Europe — "crown jewels" that would belong to the American public.

"Other countries have their Crown Jewels," Winston reportedly said. "We don't have a Queen and King, but we should have our Crown Jewels, and what better place than here in the nation's capital at the Smithsonian Institution." 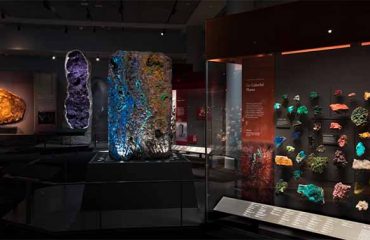 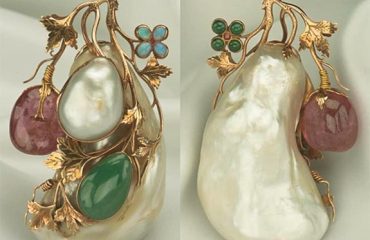