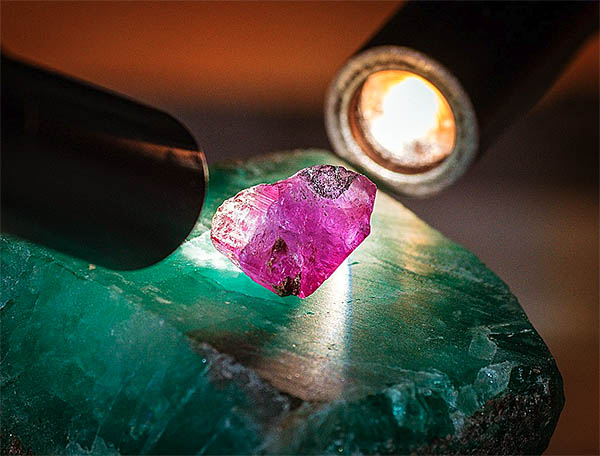 Birthstone Feature: Rare Alexandrite Looks Like an ‘Emerald by Day and Ruby by Night’

Often described as an "emerald by day and ruby by night," alexandrite displays a dramatic chameleon-like color shift depending on the light source. In normal daylight, a fine alexandrite will appear bluish-green, but under lamplight or candle flame, the gem transitions to a vibrant raspberry red.

One of June's three official birthstones (the others are pearl and moonstone), alexandrite's color-changing property is attributed to the presence of chromium in the gem’s chemical makeup. The chromium allows the gem to absorb light in the yellow and blue parts of the spectrum.

Alexandrite is a relatively "new" gemstone, as it was originally discovered in 1830 in the Ural Mountains of Russia. Gem legend states that Finnish mineralogist Nils Gustaf Nordenskiöld (1792-1865) received a mineral sample from Count Lev Alekseevich Perovskii (1792-1856) that seemed very much like an emerald. But when the mineralogist inspected the gem under candlelight, the green gem had turned red.

The Smithsonian noted that Nordenskiöld had intended to name the new variety of chrysoberyl “diaphanite,” but the Count renamed it “alexandrite” to curry favor with the Russian royal family and Czar Alexander II, who had just come of age.

The color-change gem is rarely found in sizes larger than 5 carats, which makes the existence of the 17-carat “Whitney Alexandrite" that much more remarkable. The cushion-cut gem was a gift from Smithsonian benefactor Coralyn Whitney in 2009.

Alexandrite is extremely rare and the best-quality material is still mined in Russia. Other sources include Brazil, Sri Lanka, Tanzania, Madagascar, Zimbabwe, India and Burma.

The American Gem Society reports that due to its scarcity, fine alexandrite is more valuable than most gemstones, including rubies and diamonds.

Alexandrite has a hardness rating of 8.5, which makes it suitable for everyday wear. 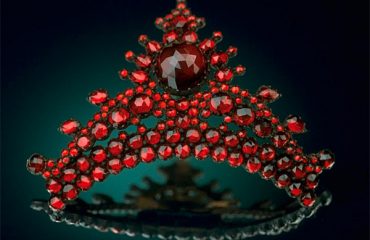 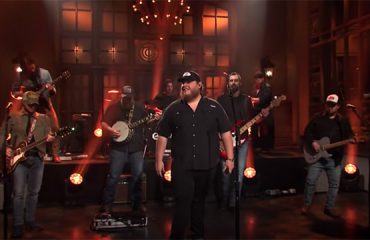 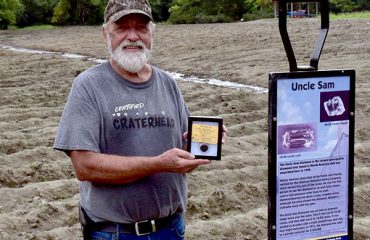