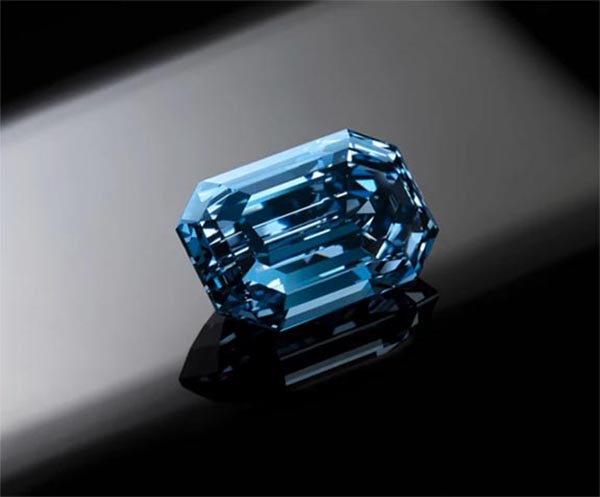 Then the bidding slowed down and ascended in smaller increments of HK$2 million, until the winning bid settled in at HK$390 million. With the buyer's premium, the final price was HK$450,925,000 ($57.47 million).

Sotheby's used a clever screen-in-screen presentation to reveal the interplay between auctioneer Ian McGinlay and the remote Sotheby reps. Also on the screen was a visual of the featured diamond, the current bid in Hong Kong dollars, as well as the equivalent price in seven other currencies. 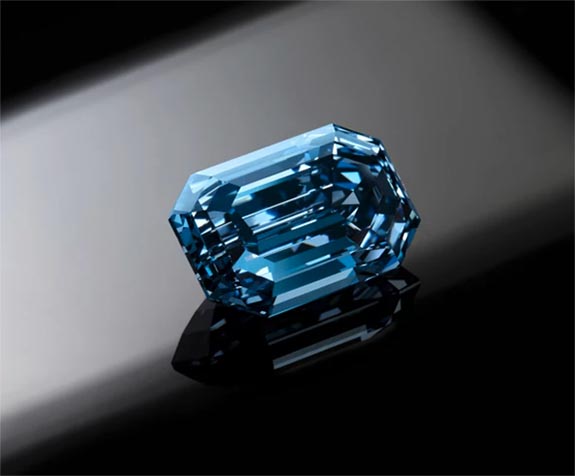 Billed as the largest vivid blue diamond ever to appear at auction and a "once-in-a-generation" stone, the internally flawless, step-cut De Beers Blue was purchased by an anonymous telephone bidder for $3.8 million per carat. That number is slightly lower than the $3.93 million per carat achieved by the Oppenheimer Blue, which carried a clarity grade of VVS1.

The De Beers Blue was cut from an exceptional 39.34-carat blue rough diamond unearthed by Petra Diamonds at South Africa’s iconic Cullinan Mine in July of 2021.

The diamond retained 38.4% of its weight during the arduous cutting process and earned the rating of internally flawless from the Gemological Institute of America (GIA). The gem was fashioned into its step-cut shape by Diacore’s master diamond cutters working in concert with De Beers. 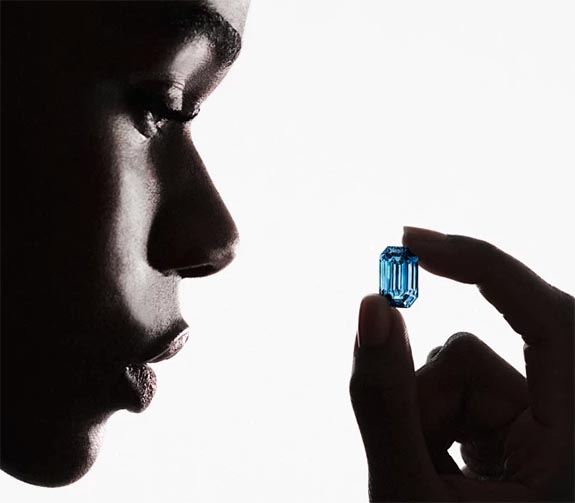 A GIA Monograph highlighted the remarkable achievement. The GIA wrote, “To achieve a Fancy Vivid grade with a step cut or emerald cut, the inherent body-color has to be stronger than virtually every other fancy shape.”

Sotheby’s noted that blue diamonds of this importance are exceptionally rare, with only five examples over 10 carats ever having come to auction. Until last night, none had exceeded 15 carats.

The 59.6-carat, flawless, fancy vivid pink diamond called the "CTF Pink Star” still holds the record for highest price ever paid for any gem at auction. That stone fetched $71.2 million at Sotheby’s Hong Kong in 2017. 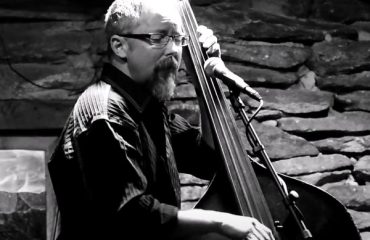 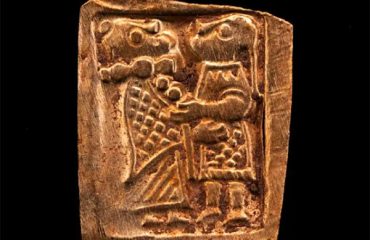 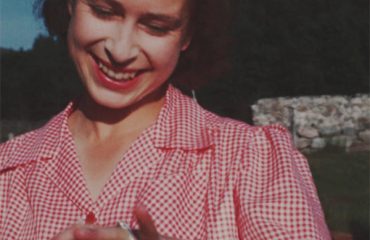