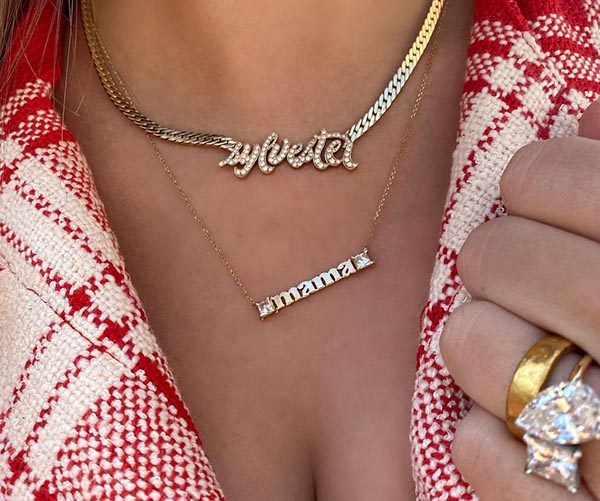 Model and actress Emily Ratajkowski gave birth to her first child, Sylvester Apollo Bear, on March 8 and took to Instagram this past Sunday to show off two gold necklaces to commemorate the momentous event.

In a post that was liked by more than 939,000 Instagrammers, the 29-year-old Ratajkowski modeled a fashionable "mama" nameplate flanked by two princess-cut diamonds on a delicate gold chain, as well as a diamond-pavé "Sylvester" nameplate affixed to a bold curb chain.

Exactly three years ago, Ratajkowski made news when she told The Tonight Show‘s audience how she accepted a paper clip engagement ring from beau Sebastian Bear-McClard when he popped the question at the Minetta Tavern in New York City.

“He didn’t have a ring, so I was like, ‘Hmmm, nah,'” Ratajkowski explained to host Jimmy Fallon. “And then he took the paper clip that the bill was paid with and made me a ring, which I actually thought was really romantic.” 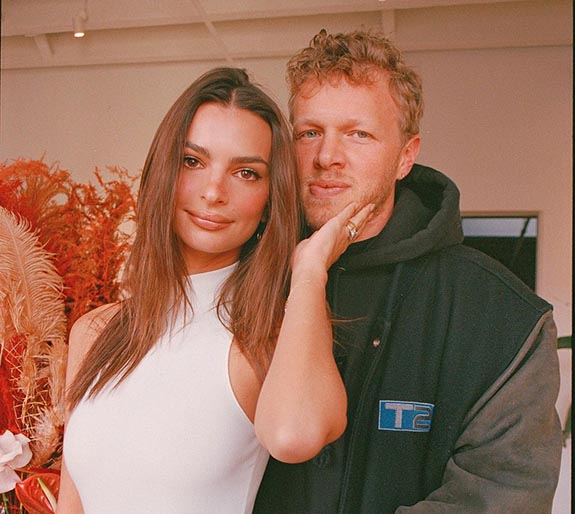 Five months after the proposal, the paper clip ring was replaced with a more suitable double-stone engagement ring stunner — pear-shaped and princess-cut diamonds nestled side by side on a simple yellow-gold band. Ratajkowski said that she and Bear-McClard took an active role in the engagement ring’s design. Vogue.com reported that the end result was a labor of love, as the couple worked on more than 50 sketches before agreeing on the final look.

That ring made a return engagement in Ratajkowski's Sunday Instagram post. You can see it peeking in at the lower-right portion of the photo, at top. Also seen is a wide yellow-gold wedding band that has a story of its own.

During that same Tonight Show interview, Ratajkowski recounted how she and her fiancé were looking to get married at City Hall soon after the proposal and had little time to pick out wedding bands.

Said Ratajkowski: “So then we walked into Chinatown and bought an ounce of gold, and he was like, ‘We’ll melt down the gold and make the rings.’

“So I was like, ‘I just don’t see us melting down gold, like that just seems kind of difficult,’ but then he ended up going to some store in Midtown and met this nice man— this is the night before our wedding, by the way— and this very nice Israeli man was like, ‘I know how to do that.’

“So we came into his studio after hours and then we actually hammered them out, the whole thing, used a little blow torch. And they were supposed to be temporary rings, but now I’m very attached and I really don’t want to get rid of it.”

Three years later, it looks like the hammered wedding band has found a permanent home on the model's finger. 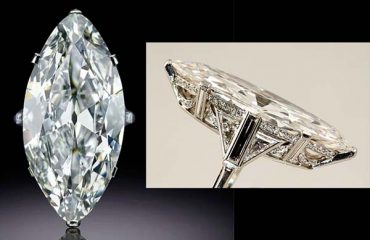 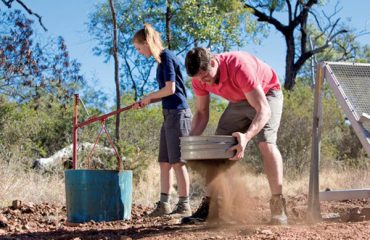 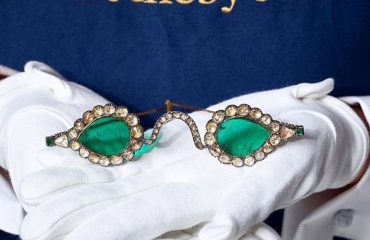