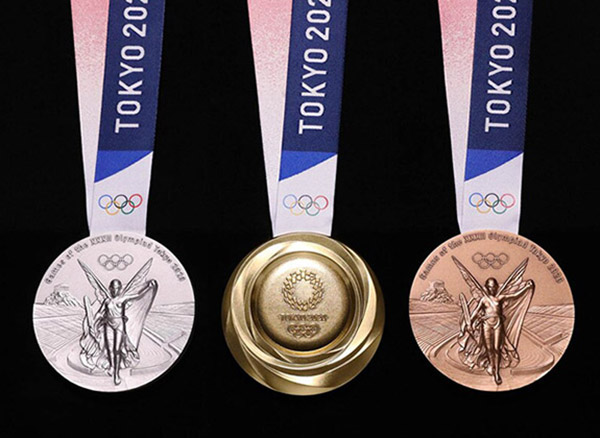 After a year's delay due to global health concerns, Tokyo’s 2020 Summer Olympics will finally take place from July 23 to August 8. The highly anticipated event, which retains the 2020 name for marketing and branding purposes, will bring together world-class athletes from 206 nations.

Each of them will be competing for the coveted gold, silver and bronze medals — the symbols of the ultimate accomplishment in competitive sports.

What many people don't know is that every one of the 5,000 medals awarded at Tokyo's Summer Olympic Games and Summer Paralympic Games will be fabricated from 100% recycled material.

In the two years between April 2017 and March 2019, all of the metal required to manufacture the medals were extracted from small electronic devices contributed by people of Japan. NTT DoCoMo, Japan’s leading mobile carrier, led the effort by placing collection boxes in each of its 2,400 stores.

“Tokyo 2020 Olympic and Paralympic medals will be made out of people’s thoughts and appreciation for avoiding waste,” Japanese three-time Olympic gold medal-winning gymnast Kohei Uchimura told The Japan Times in April of 2017. “I think there is an important message in this for future generations.”

Despite being a country with virtually no precious metal resources, Japan’s “urban mine” of discarded small consumer electronics is believed to contain the equivalent of 16% of the world’s gold reserves and 22% of the world’s silver reserves.

The Tokyo 2020 Medal Project was a tremendous success as Japanese consumers donated 78,985 tons of electronics, including 6.21 million used mobile phones. Those devices yielded 7,716 pounds of silver and 70.5 pounds of gold, according to the Tokyo 2020 organizing committee.

Interestingly, Olympic gold medals contain just a small amount of gold. The weight of the Tokyo 2020 gold medal is 556 grams, but only 6 grams of that total is 24-karat gold. The rest is silver.

Each silver medal is fabricated from 550 grams of pure silver. Each bronze medal weighs 450 grams and is made from red brass, which is a combination of 95% copper and 5% zinc.

Olympic gold medals were once made of solid gold, with the last ones awarded in Stockholm, Sweden, back in 1912. Starting in 1916, the International Olympic Committee mandated that gold medals be made with a 24-karat gilding of exactly 6 grams (.211 ounces).

On the front side of the medals designed by Junichi Kawanishi, Nike, the mythical Greek goddess of victory, stands in front of the Panathinaikos Stadium. The back side features a raised, pebble-like center, reflective Olympic rings, and a checkered Tokyo 2020 “ichimatsu moyo” emblem inside a swirl design. Kawanishi designed the medals to resemble rough stones that have been newly polished, and now “shine with light and brilliance.”

The medals measure 85mm in diameter and have a thickness of 7.7mm.

The Tokyo 2020 Paralympics start August 24 and run through September 5. 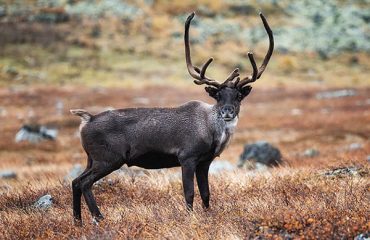 Wild Reindeer Population Is Making a Comeback, Thanks to Diamond Mining Giant 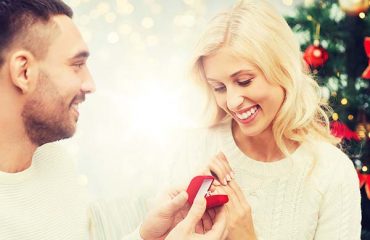 Welcome to ‘Engagement Season,’ the Most Romantic Time of the Year 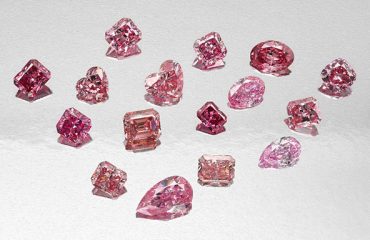