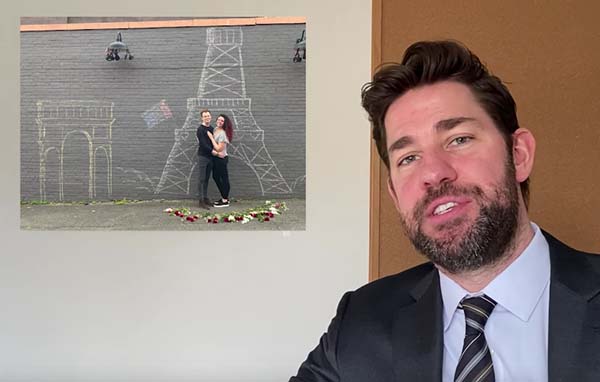 Paris in Springtime Was Not in the Cards, So He Brought Paris to Fredericksburg, VA

In Sunday night’s inaugural YouTube broadcast of John Krasinski’s “Some Good News” — a show dedicated to heartwarming and uplifting stories during these uncertain times — the star of The Office highlighted a couple from Fredericksburg, VA, who got engaged March 21 in front of the Eiffel Tower, sort of. 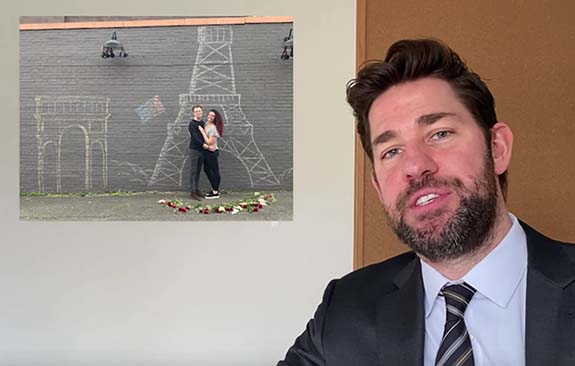 You see, Luke McClung had intended to pop the question to his girlfriend Erika Diffendall in Paris during spring break, but had to abruptly cancel the trip due to the outbreak of the coronavirus. So the graphic designer did the next best thing. With the assistance of his brother, AJ, the creative siblings drew the Eiffel Tower on a brick wall in their neighborhood and laid out red and white roses on the ground at the base of the “tower.” 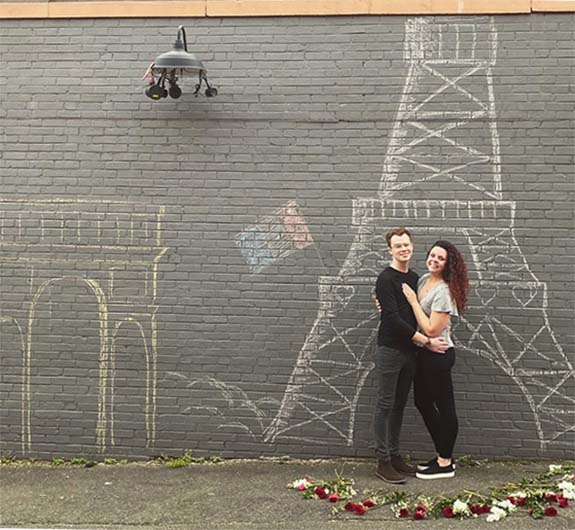 A series of tweets told the story of how McClung surprised his girlfriend, an English teacher from North Stafford High School, with a proposal and an oval-cut diamond ring. Of course, the tweets from the lovebirds were accompanied by a series of memorable photos. 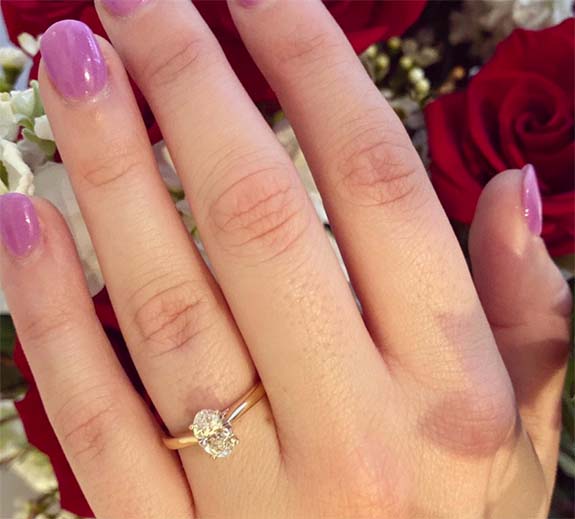 McClung explained in his tweet, “It was supposed to happen in Paris, so had to improvise a bit, but it worked out.” 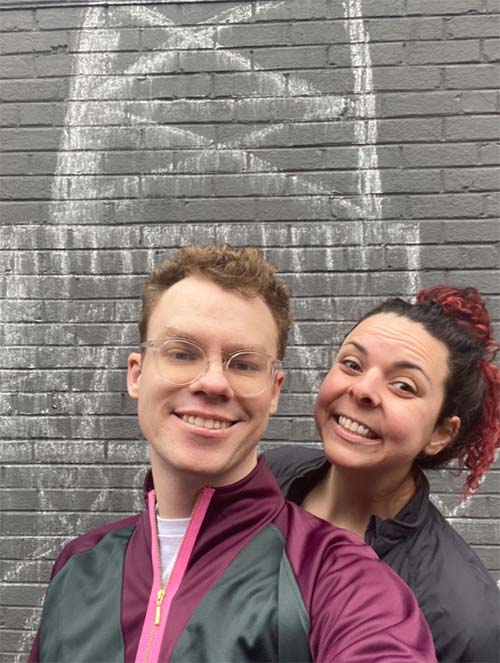 The Fredericksburg couple found their way onto Krasinski’s “Some Good News” (SGN) after McClung answered the actor’s Twitter-generated request for some good news. “Alright everybody,” Krasinski tweeted on Wednesday, March 25, “how about #SomeGoodNews ! Send me the stories that have made you feel good this week or the things that just made you smile!”

By Sunday night, the response was so overwhelming that Krasinski was compelled to kick off a new show. During his intro, the actor explained that for years he’s been wondering why there isn’t a news show dedicated entirely to good news.

“Well, desperately seeking my fix somewhere else, I reached out to all of you this week, asking — nay, begging — for some good news,” he said. “And boy, did you deliver. After reading those replies and the incredibly heartwarming stories that came with them, I thought, ‘All right. Enough is enough, world. Why not us? Why not now?’ So, ladies and gentlemen, this is your fault, and this is ‘SGN.’ I’m John Krasinski, and if it isn’t clear yet, I have absolutely no idea what I’m doing.”

The Fredericksburg couple appears at the 4:05 mark of the near-16-minute show, which also included an interview with Krasinski’s former co-star, Steve Carell.

In his final remarks, the new YouTube star said, “I’m John Krasinski, and this is ‘SGN,’ asking you to remember, no matter how tough life can get, there’s always good in the world and we will see you next time. Good night.”

On Krasinski’s Twitter feed, Diffendall thanked the actor for sharing her engagement story.

Krasinski responded, “Wow!! Totally blown away by the response to #SGN ! Thank you thank you… But hey, you guys did this!! So you keep sending me #SomeGoodNews and making me smile… and I’ll keep trying to return the favor! Pass it on!

By late afternoon on Monday, “Some Good News” had already been viewed more than 4 million times and was trending as the #1 most-watched video on YouTube. You can see it here… 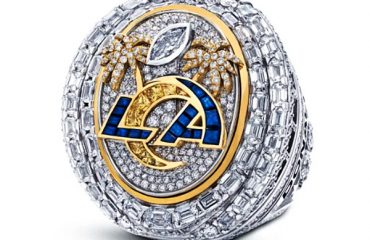 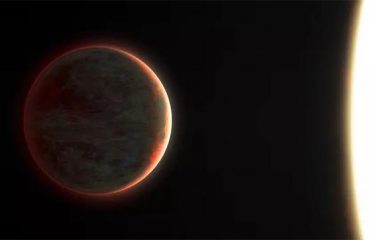 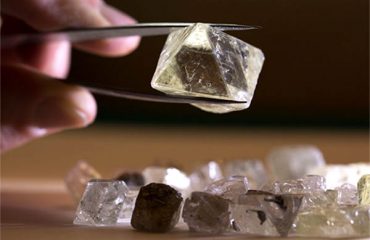