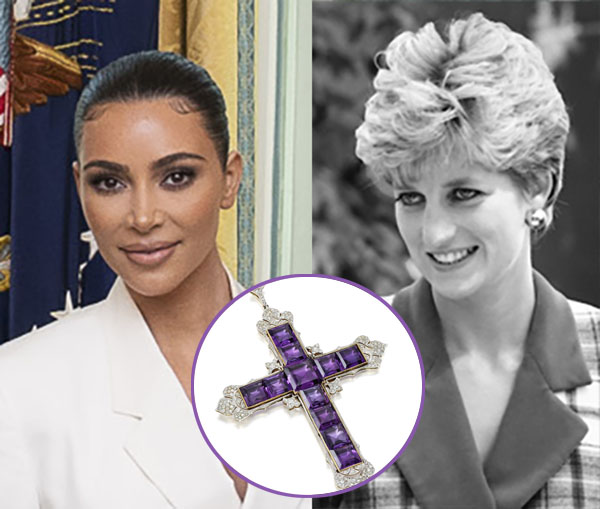 Quiz: What Do Kim Kardashian and Princess Diana Have In Common?

Quick quiz: What do American socialite Kim Kardashian and the late Diana, Princess of Wales, have in common?

"The Attallah Cross," of course.

The reality star and Skims mogul couldn't resist the opportunity to bid on the oversized amethyst cross when it was offered for sale at Sotheby's “Royal and Noble” online auction last week. The cross was a favorite accessory of the widely adored British Princess and in many ways symbolized her growing self-assurance and independence.

According to Sotheby's, Kardashian is said to be honored to have acquired this exquisite piece of Royal history.

"This is a bold piece of jewelry by its size, color and style which cannot fail to make a vibrant statement, whether it be of faith or fashion — or indeed both," noted Sotheby London's Head of Jewelry, Kristian Spofforth. "We are delighted that this piece has found a new lease of life within the hands of another globally famous name."

According to the auction house, the late ’80s was a time when Diana was making bolder fashion choices and taking more autonomy in her life. It was during this period, in 1987, that British Crown Jeweler Garrard lent her an eye-catching amethyst-and-diamond cross to pair with an exquisite baroque-style purple and black velvet gown by Catherine Walker & Co.

She wore the ensemble to a high-profile event held at Garrard’s London headquarters in support of Birthright, a charity which strives to protect human rights during pregnancy and childbirth. Diana confidently dangled the large 136mm x 95mm (5.35 in. x 3.74 in) amethyst cross from a waist-length strand of pearls.

Designed by British Crown Jeweler Garrard circa 1920, the piece was originally commissioned by a regular customer, but later circled back to Garrard, where it was purchased during the 1980s by the late Naim Attallah (1931-2021), a high-level executive at the jewelry company.

Over the years, Diana would continue to collaborate with Garrard, borrowing her favorite amethyst and diamond cross on many more occasions, according to Naim Attallah’s son, Ramsay.

“When I was growing up, we’d always have it on the table for Christmas lunch,” Ramsay told vogue.com, “but it was never worn by anyone other than Diana and it hasn’t been seen in public since she died [in 1997].”

In an article appearing on Sothebys.com, writer Gemma Champ noted that Diana was a step ahead of one of the defining trends of the 1990s: oversized crosses.

Champ also pointed out that Kardashian's fondness for The Attallah Cross shouldn't be surprising because of the reality star's love for vintage jewelry and classic glamor.

During her appearance at the 2022 Met Gala, for example, Kardashian wore the actual crystal-encrusted dress in which starlet Marilyn Monroe breathlessly serenaded President John F. Kennedy during his Madison Square Garden 45th birthday celebration in 1962. 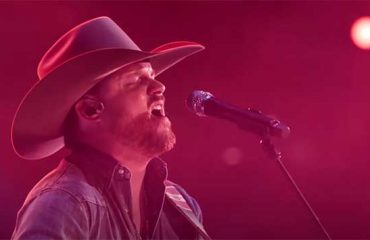 Music Friday: Country Star Cody Johnson’s Got a Diamond in His Pocket 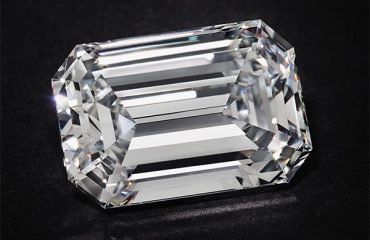 Here’s How a 28.86-Carat Diamond Made History and Changed the Market