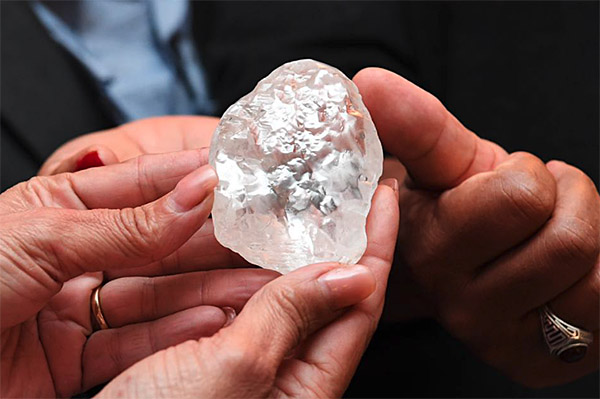 This 1,098-Carat Gem-Quality Rough Diamond Ranks Among the Largest of All Time

Debswana unveiled on Wednesday a three-inch-tall, 1,098-carat, gem-quality rough diamond discovered at its Jwaneng mine in Botswana. Estimated to be worth more than $55 million, the gem ranks fourth on Wikipedia's list of the largest rough diamonds of all time.

Debswana's acting managing director Lynette Armstrong presented the stone to Botswana President Mokgweetsi Masisi on Wednesday. About the size of a tennis ball, the frosty-white gem measures 73mm (2.87in) long, 52mm (2.04in) wide and 27mm (1.06in) thick. Discovered on June 1, it's the largest diamond ever recovered by the mining company, which has been operating for more than 50 years.

The exciting thing about massive rough diamonds is that they are often transformed into incredibly large finished diamonds. For example, gems cut from the Cullinan Diamond include the Cullinan I (530.20 carats) and the Cullinan II (317.4 carats).

Back in April 2019, luxury jeweler Laurence Graff revealed the principle diamond cut from the 1,109-carat Lesedi La Rona. The 302.37-carat square emerald-cut stunner was believed to be the largest D-flawless gem ever certified by the Gemological Institute of America. Also cut from that large rough were 67 “satellite” diamonds ranging in size from just under 1 carat to more than 100 carats.

Debswana, which is a joint venture between De Beers and the Botswana government, has yet to determine how its 1,098-carat gem will be sold. It might go through the De Beers channel or via the state-owned Okavango Diamond Company. It will be exciting to see if the principle diamond from this stone will weigh 300 carats or more.

Just last month, we reported that Debswana is committed to spending $6 billion on a massive project that will extend by 20 years the lifespan of Jwaneng, which is widely acknowledged as the world’s richest diamond mine. When it reaches full capacity in 2034, Jwaneng will be generating 9 million carats per year. Since 1982, Jwaneng has been an open-pit mine, but the next phase of its operations will see the company channeling underground.

Diamonds are Botswana’s main source of income and account for about 80% of its exports. 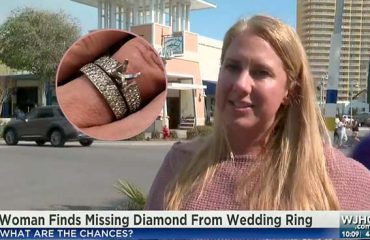 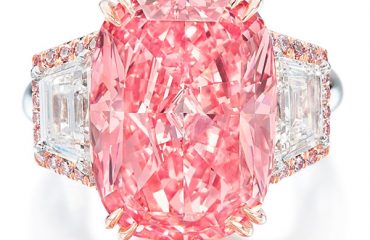