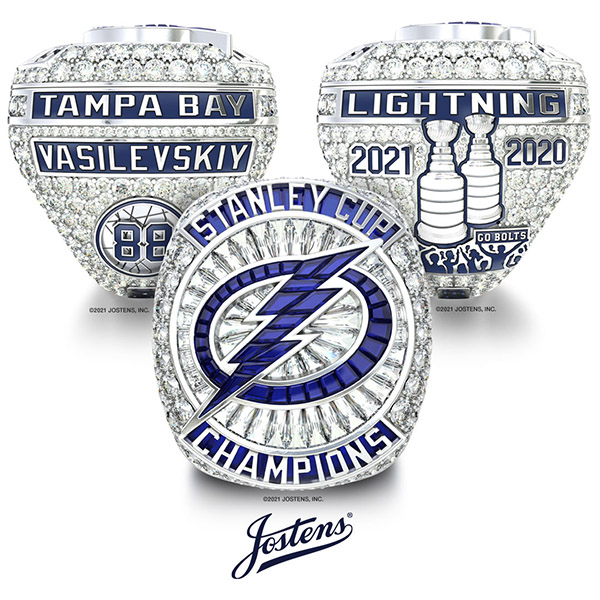 The Tampa Bay Lightning's players, coaching staff and owners celebrated their back-to-back Stanley Cup victories in a private ceremony on Thursday with massive championship rings set with 338 diamonds and 52 genuine sapphires — for a total gem carat weight of 31.67 carats. These are the largest championship rings — carat-wise — in the history of Jostens, a jewelry company established in 1897.

Winning back-to-back Stanley Cups is no easy feat. So, when the Lightning beat the Montreal Canadians to capture the title in 2021, Tampa Bay's ownership was determined to award a championship ring reflecting that awesome accomplishment.

“Our previous partnership with Jostens resulted in a spectacular ring and an overall fantastic celebration,” said Lightning CEO Steve Griggs. “It is a uniquely special opportunity to be working with them again less than a year later to celebrate our second Stanley Cup in two seasons. This ring is the culmination of a year of determination and sacrifices and pays homage to the dedicated fans of Bolts Nation.”

The ring top features the iconic Lightning logo created from 30 custom-cut genuine sapphires set atop a bed of 45 brilliant custom-cut and baguette diamonds. Accenting the top and bottom of the ring top is the title earned by the Lightning in their 2021 season, STANLEY CUP CHAMPIONS, in raised white gold lettering against a blue background.

Fifty-six diamonds cascade from the top of the ring, while the top and bottom edges of the ring are each bordered with 10 princess-cut diamonds, for a total of 20.

The left side of the ring features the Lightning's home city, TAMPA BAY, and the player's name, both rendered in raised white gold lettering on a blue ground. Below the player's name is the player's jersey number in blue raised lettering within a circle accented with "skate marks" in the background.

The right side of the ring displays the team name, LIGHTNING, featuring two Stanley Cups underneath with the championship year dates in blue. Completing this side is a sea of Bolts fans who seem to be holding up the two Stanley Cups.

The palm of the ring proudly displays the phrase BACK 2 BACK.

The interior of the ring features the Lightning logo created from custom blue ceramic. To the right are the series results from the team’s 2021 playoff journey. Below these details is the phrase CLINCHING SHUTOUTS, a reference to the NHL record shattered by goaltender Andrei Vasilevskiy by recording shutouts in five straight series-clinching games going all the way back to the 2020 Stanley Cup Final win over the Dallas Stars.

Also included on the inside of the ring is the Lightning’s playoff record over the past two seasons: 32–13. Incredibly, that stretch of 45 games included no back-to-back losses. Each ring also features the player's unique signature.

As an added bonus, each ring top flips open to reveal a hidden story. The left side has a bold headline, LAST DAY OF SCHOOL, which reflects the sentiment that some of the players would be moving on to other teams. The circle around the headline includes all the jersey numbers on the 2021 roster.

On the opposite side, the center reads CUP PARADE REPEAT, a nod to the franchise’s back-to-back Cup wins. The words encircling the outside of the crest hold significant meaning to the team: the mantra of head coach Jon Cooper in the locker room before Game 5 against Montreal, PROCESS OVER OUTCOME. WORK OVER HOPE.

The final detail lays within the three diamonds set between the phrases. These are symbolic of the Lightning franchise's three Stanley Cup victories. 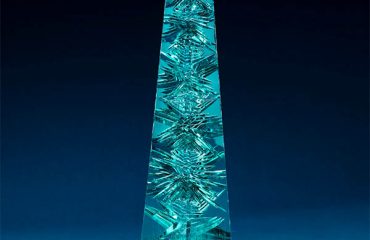 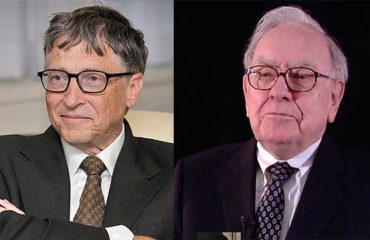 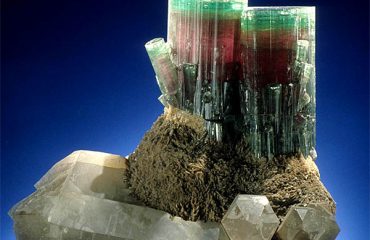 Can’t Visit the National Gem Collection in DC? Here’s the Next Best Thing